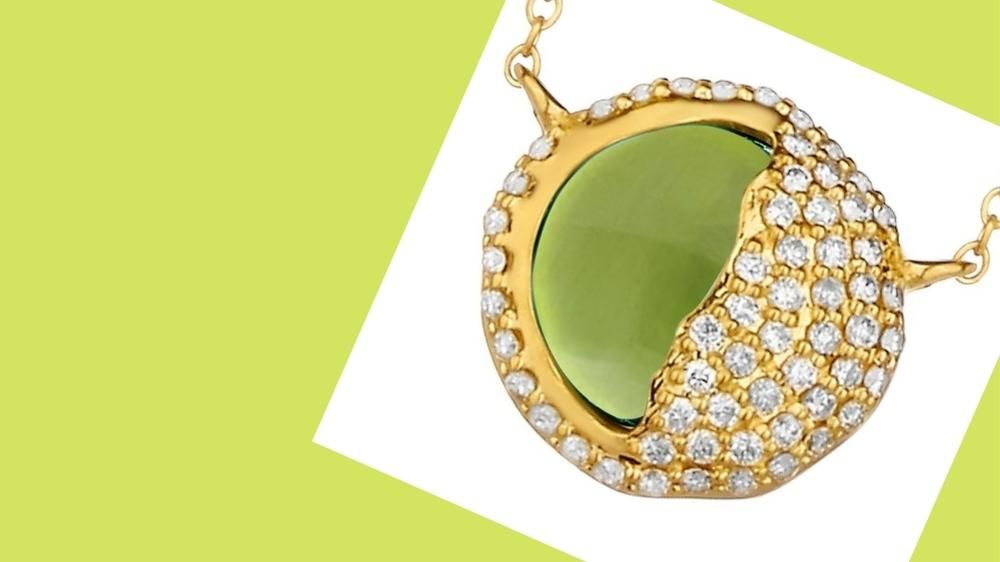 Sometimes, it is both easy and difficult to be amazed by peridot.

On the one hand, it’s this gorgeously electric gemstone with a color that absolutely pulls you in, juicy and lively and bright. On the other hand, it’s a stone that, because it is so alive, can compete heavily with others, not playing well with an everyday assortment of gemstones, as does something like, say, a sapphire. And while Shrek-like chartreuse is one of my favorite colors on earth, it’s not for everyone.

It’s not that this sour-apple green doesn’t match with everything—in fact, it plays beautifully with almost any color, though never subtly. It’s that peridot is so often used in two categories: supersize standout pieces, and standard—while classic—birthstone jewelry.

Finding the right balance between those two is the sweet spot, and Syna Jewels has done just that with its Cosmic Eclipse necklace

Striking just the right note between statement and everyday, this celestial beauty is one that a wearer may never want to take off. And they wouldn’t have to: Thanks to its heavenly body of pavé diamonds, the pendant will play beautifully with a range of other necklaces, the sparkle a linking factor among many talismans, initials, bar and line pendants, and more.

The piece’s iconic celestial design also puts it at the head of the pack in terms of popularity. Peridot feels like an apt gem to stand in for a moon, emitting a coolness that feels remarkably soothing. It should be noted, though, for those that love the pendant’s design (nearly everyone, yes?) but not so much peridot (it happens), Syna has made the piece available in a variety of gemstones, including blue topaz, chrysoprase, black onyx, and opal. Still, I find peridot to be the standout of the bunch, maybe because it is so unexpected.

If I were having an August birthday, this piece would be at the top of my list! 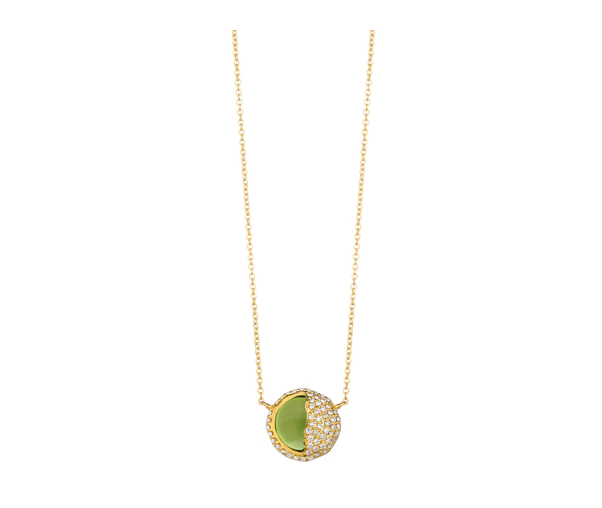