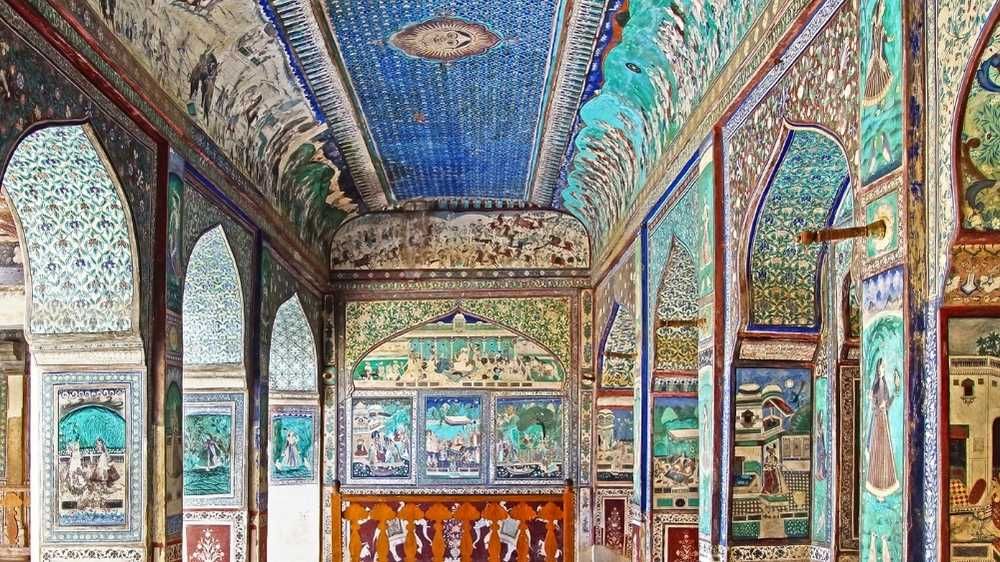 Why did we choose Mogul as our first collection? Well, the Mogul era, which flourished from the 16th to the 18th century in India, brought Islamic and Hindu cultures into harmony and placed great emphasis on human rights, art, and culture. The works of art that emerged out of that period continue to delight and entrance artists - including us! - to this day. We continuously find new inspiration from studying the art of this period. For our first collection, we wanted to honor that tradition by combining its timeless patterns and themes with elegant, modern design.

As you know from our story (https://synajewels.com/pages/about-us), we immigrated to the United States from India in 2003. Our life since then has been one of alchemy - discovering the challenges and joys of learning an entirely new culture while leaning on our cultural past for stability and strength. In many ways, that is a reflection of what was happening during the Mogul era in India. The artists of the Mogul Empire created immortal masterpieces that have become synonymous with India by combining Islamic designs from Persia and Central Asia with the older Hindu, Buddhist, and Jain traditions of India. 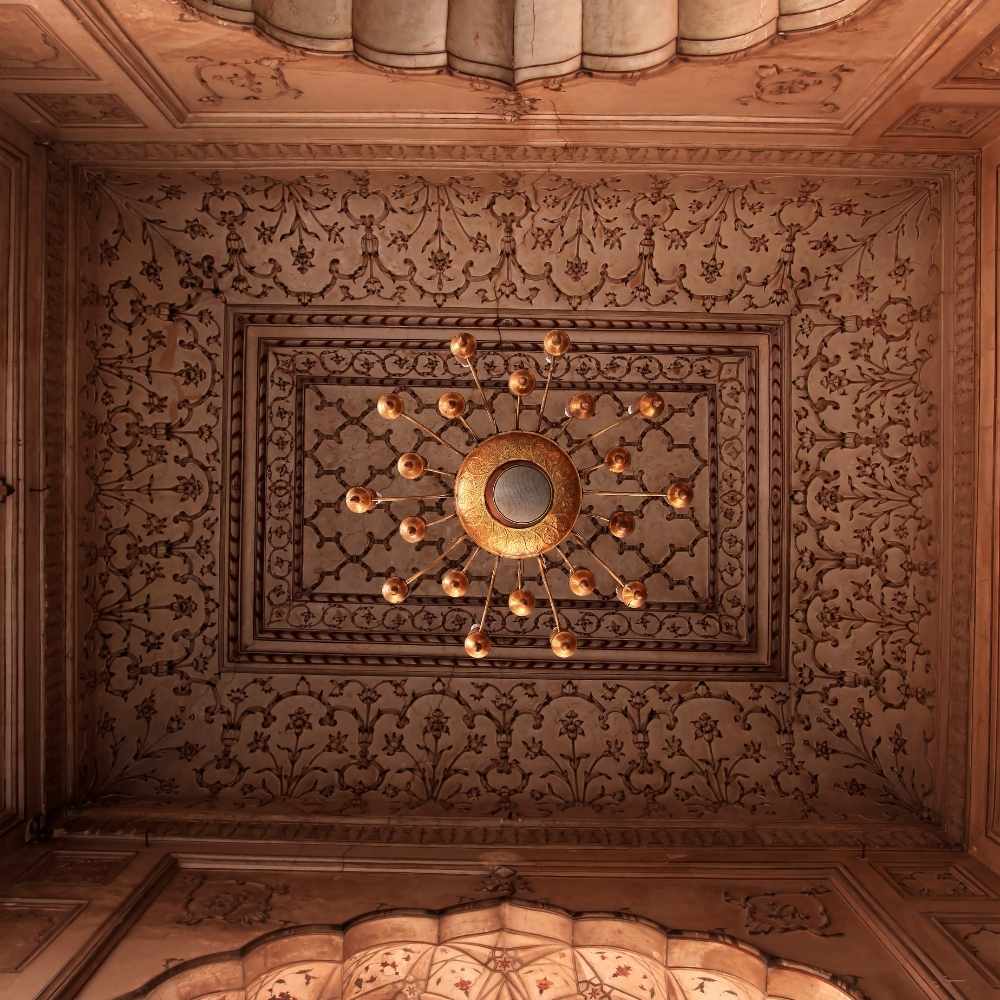 Architecture was the primary vehicle of artistic expression during that time. The most famous example of Mogul architecture is the Taj Mahal, a mausoleum built by Mogul emperor Shah Jahan for his wife, Mumtaz Mahal. But many examples of Mogul architecture just as inspiring as the Taj Mahal can be found in the city of Jaipur. The city itself is a work of art, one that merges eastern and western ideas of urban design. The city’s designer, Jai Singh II, arranged the city’s streets and districts in a very modern-looking grid system inspired by European urban planning while also incorporating ideas from vāstu śāstra (Sanskrit for “science of architecture”).

The city’s plan itself is visually appealing, but even more beautiful are its many temples and palaces. They are powerful, monumental designs, but they also display an incredible sophistication, featuring row upon row of columns, arches, arcades, windows, and parapets. 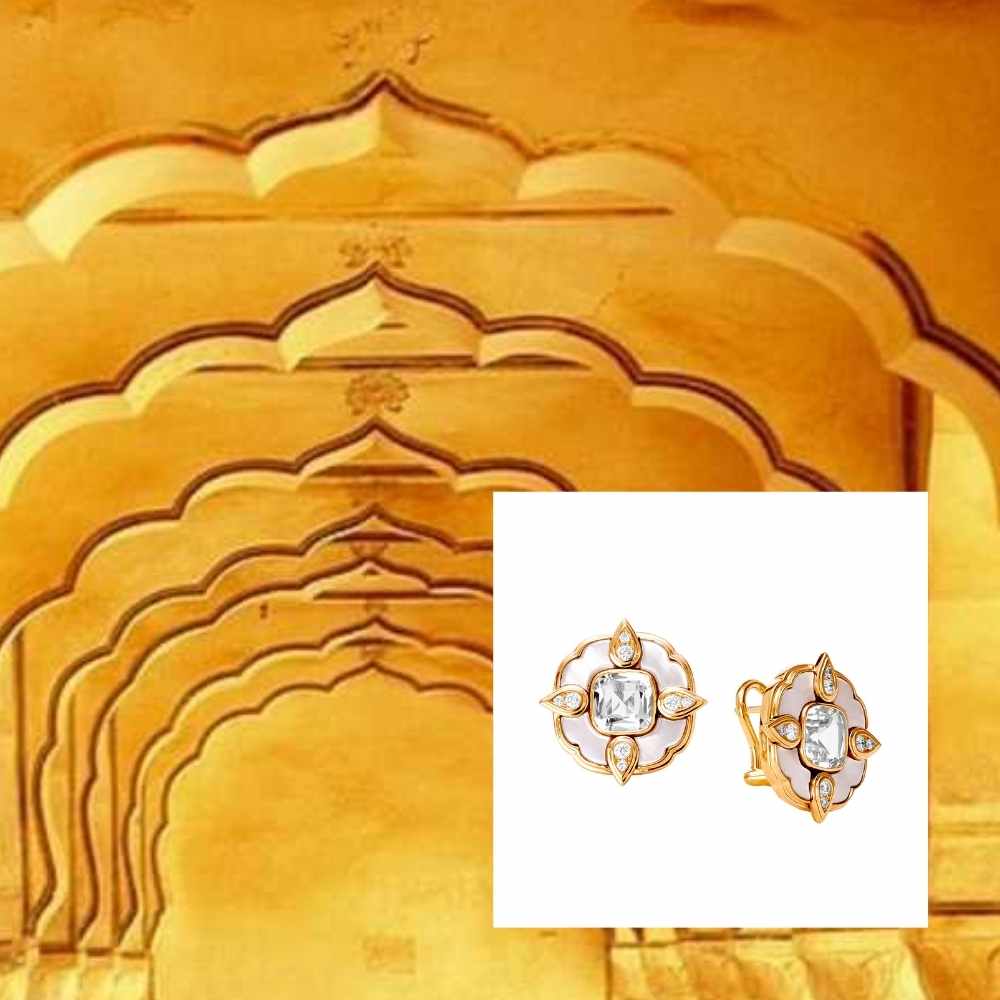 A Union of Strength and Delicacy

But as powerful as these edifices are, a closer inspection reveals an abundance of delicate details, such as the intricate, dazzling latticework that Mogul architecture is so famous for. Screens called jaalis, carved from sandstone, divided rooms while allowing breezes to pass through interiors. 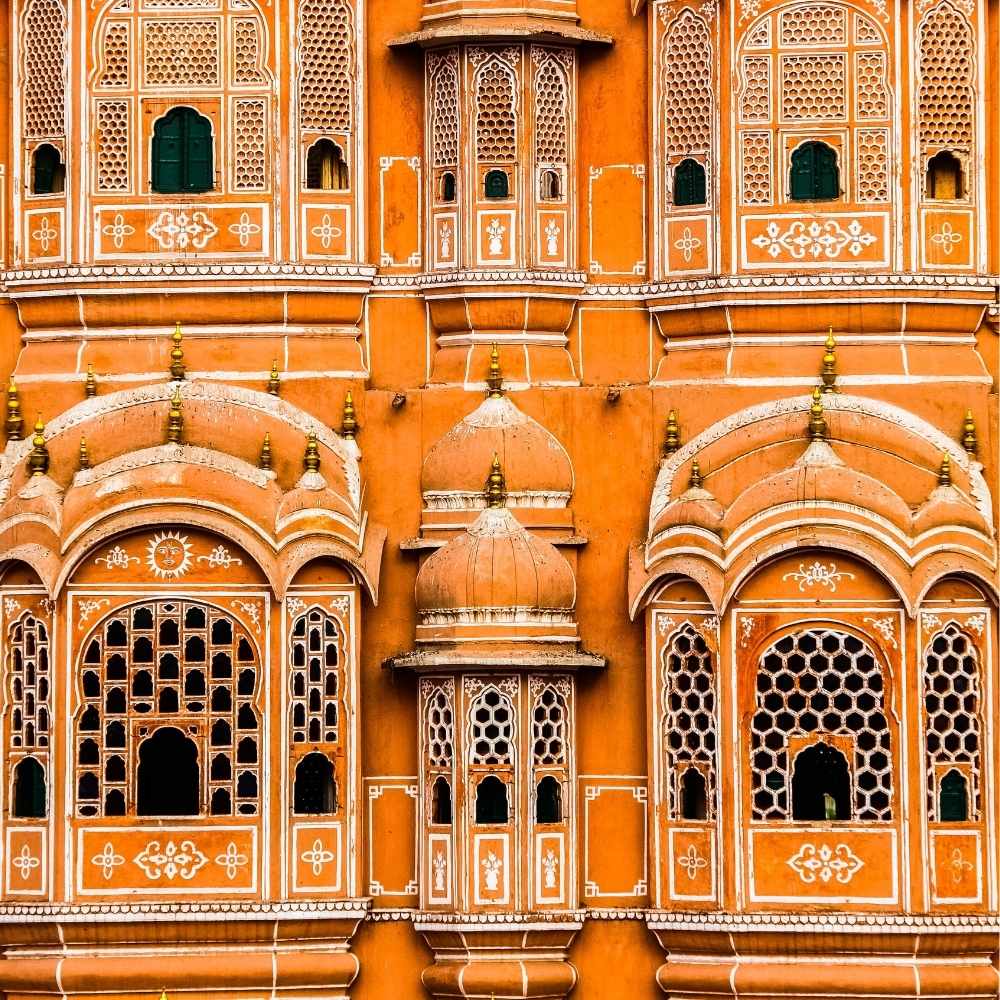 Patterns that proliferate like vines or branches, looking more like the work of nature than the hand of an artist, decorate interiors and exteriors alike. Curves, arches, and domes break up the hard geometry of stone. There is an almost fractal effect created, revealing new levels of detail the closer you get. 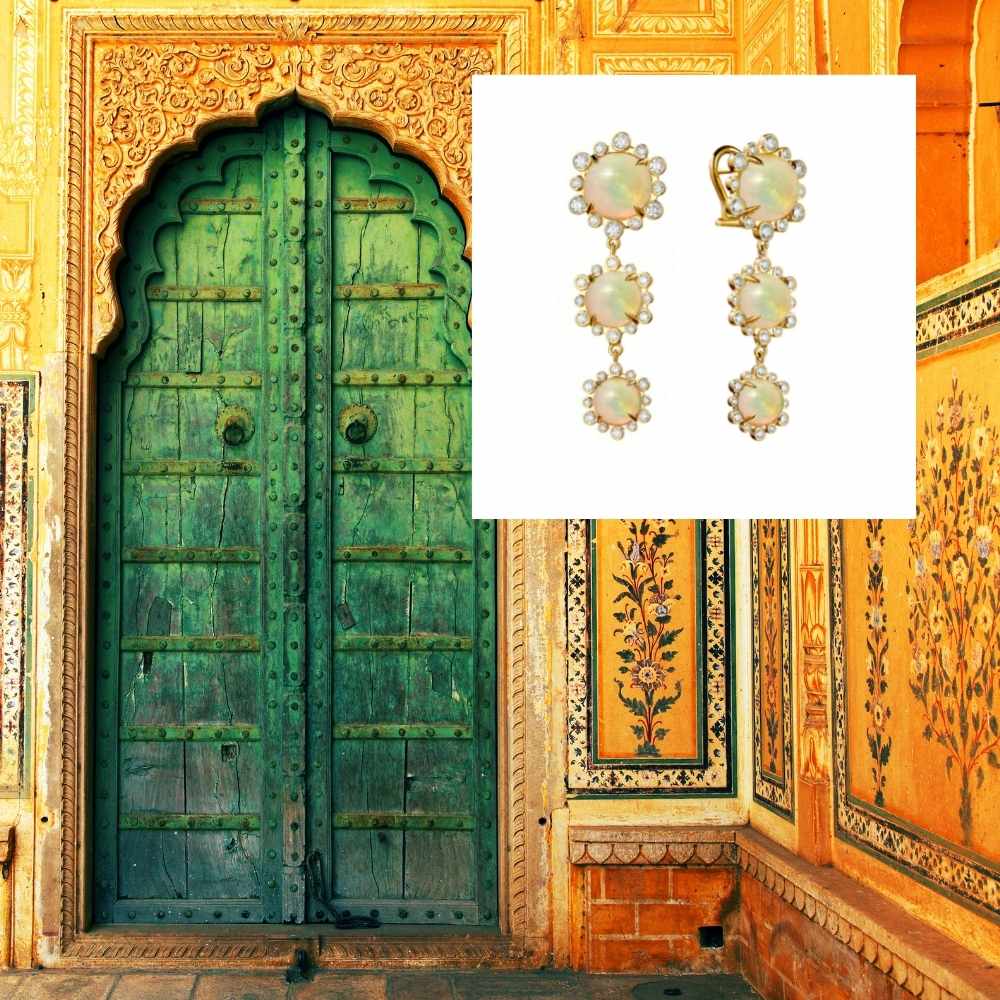 Pieces like the Mogul Motif Charm and Mogul Diamond Medallion Pendant capture the sophisticated balance of strength and elegance found throughout Mughal architecture. Powerful and dramatic from a distance, but delicate and detailed up close, these pieces are perfect for anyone looking to make a statement with their accessories. 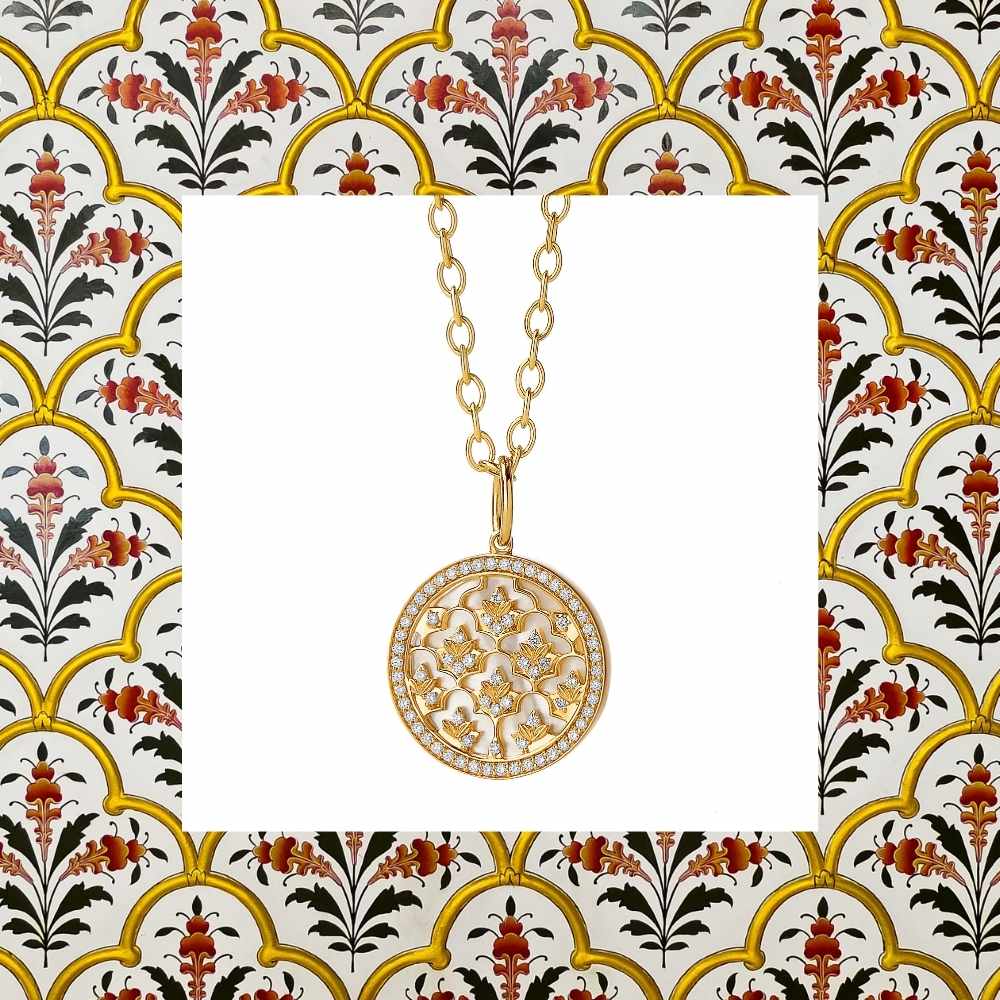 Painting experienced a renaissance alongside architecture during the Mogul era. Mogul painters painted in brilliant, jewel-like colors. Some painters even used gold, silver, and crushed precious stones in their paints. In the paintings of this era, hues reminiscent of ruby, sapphire, lapis lazuli, and turquoise pop against earthy emerald and gold backgrounds. Beads and cabochons allow strong colors to stand out and make a statement, as in our Mogul Bead Earrings, Necklace, and Pendant, Mogul Turquoise Diamond Earrings, and Opal & Pink Spinel Bead Necklace. 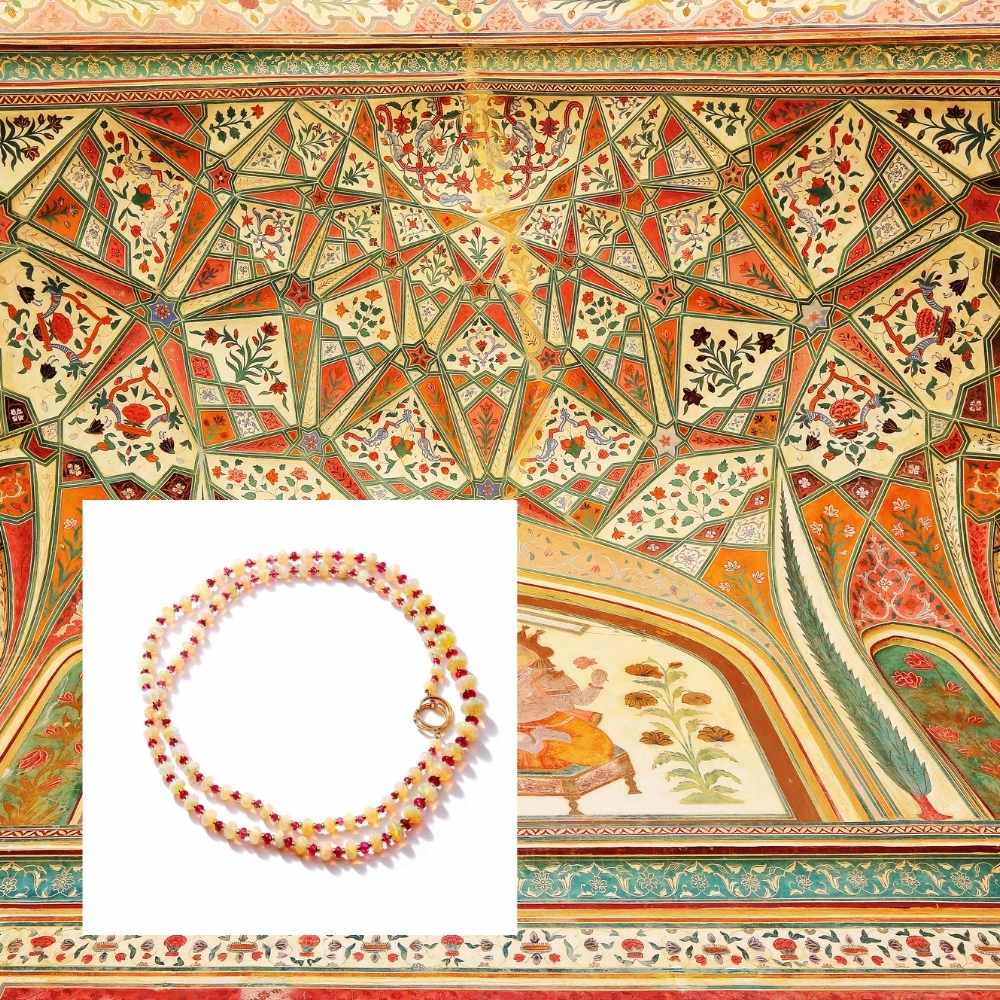 Peacocks and swords are two motifs that show up often in Mogul art. The peacock had long been a symbol of joy and beauty in Hinduism, and the throne of the Mogul emperors was the Peacock Throne. The prominence of the peacock continues today, as the peacock became India’s national bird the new republic gained independence in 1947. Our Large Mogul Motif Peacock Pendant captures the magic of the peacock in an elegant combination of oxidized silver, champagne diamonds, and intricate 18k gold details in a design that shimmers with all the complexity of the peacock’s tail. 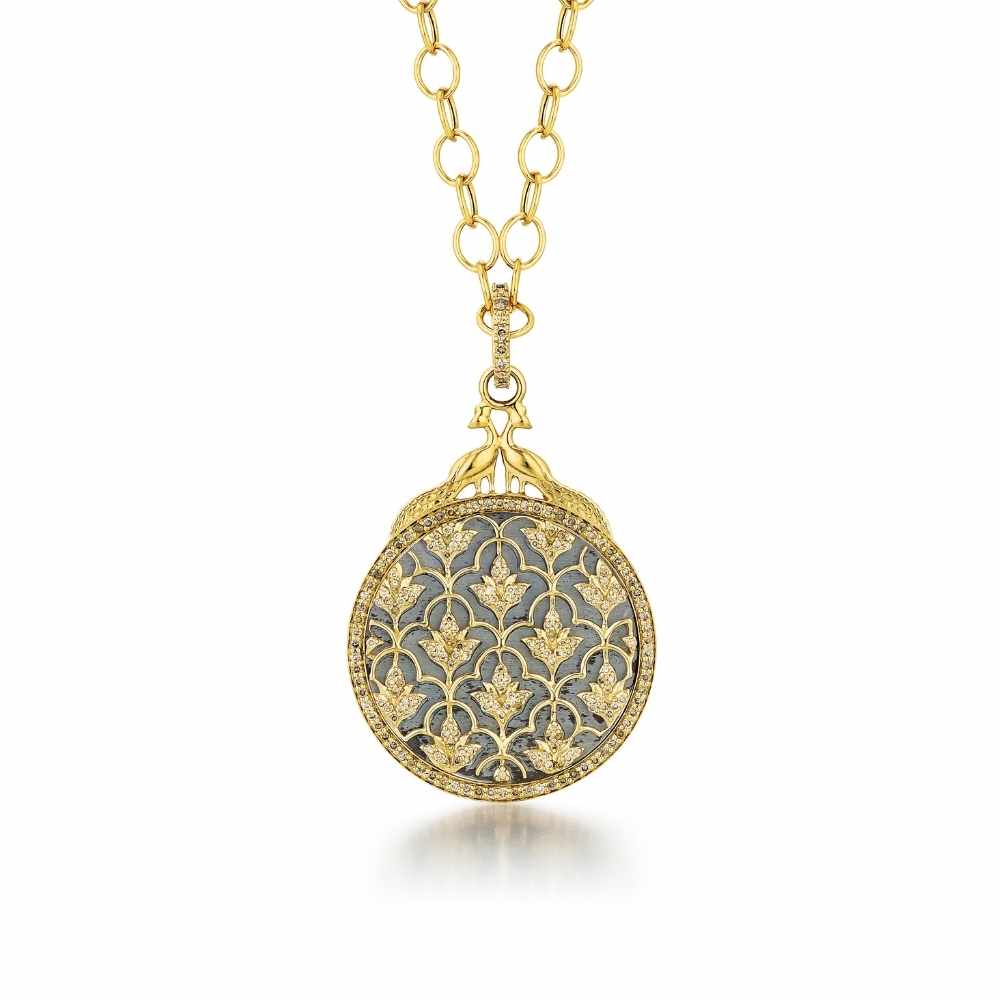 As we said here, the sword symbolizes valor, comfort, and safety. In the Dharmic religions (Hinduism, Buddhism, Jainism, and Sikhism), the sword is also a symbol of wisdom cutting through the veil of ignorance. This is why some deities are often depicted brandishing a sword. You can exude that same confidence and power with the Mogul Sword Pendants and Mogul Sword Ring. 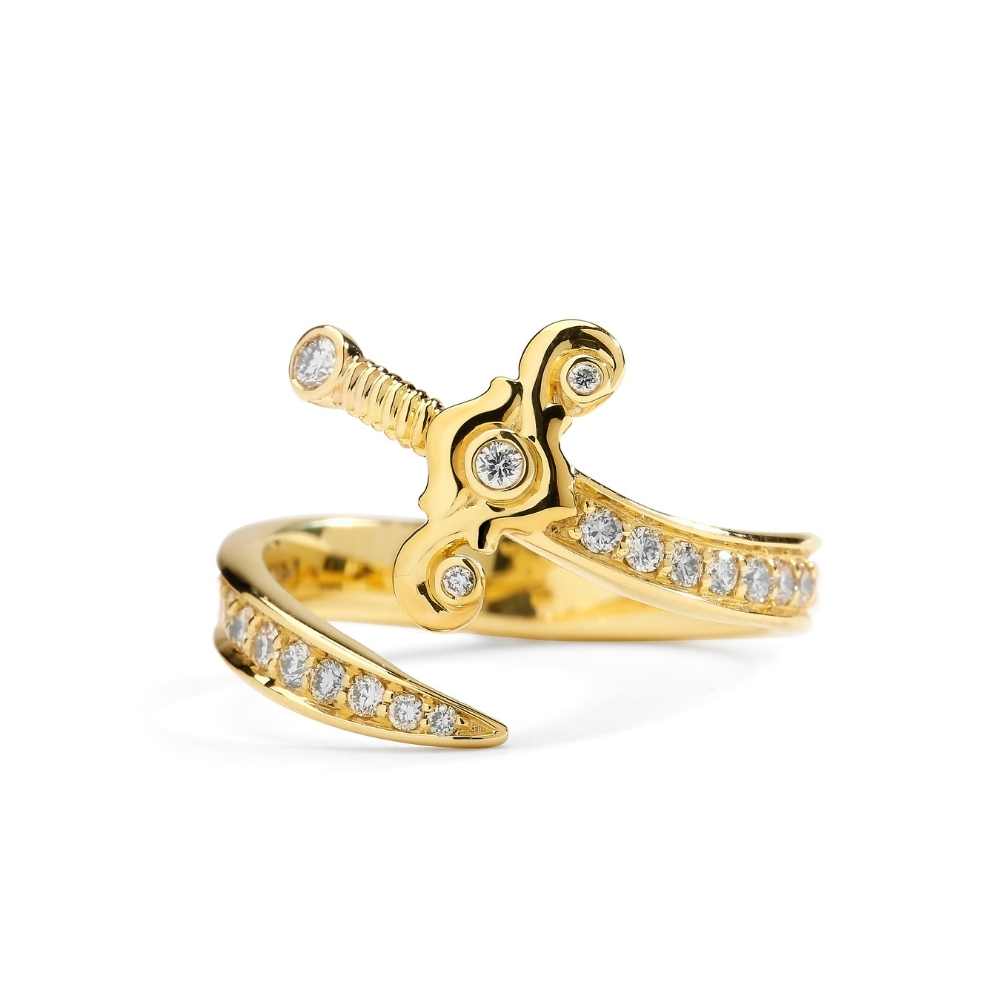 On the one hand, the designs of the Mogul collection, like the art of the Mogul era, are simple, balanced, and bold. On the other, they are sophisticated, intricate, and elegant. And like the tradition that inspired them, they combine diverse cultural influences to create something that harmonizes various elements into a striking whole that transforms the magnificence of the Mogul emperors for modern sensibilities. 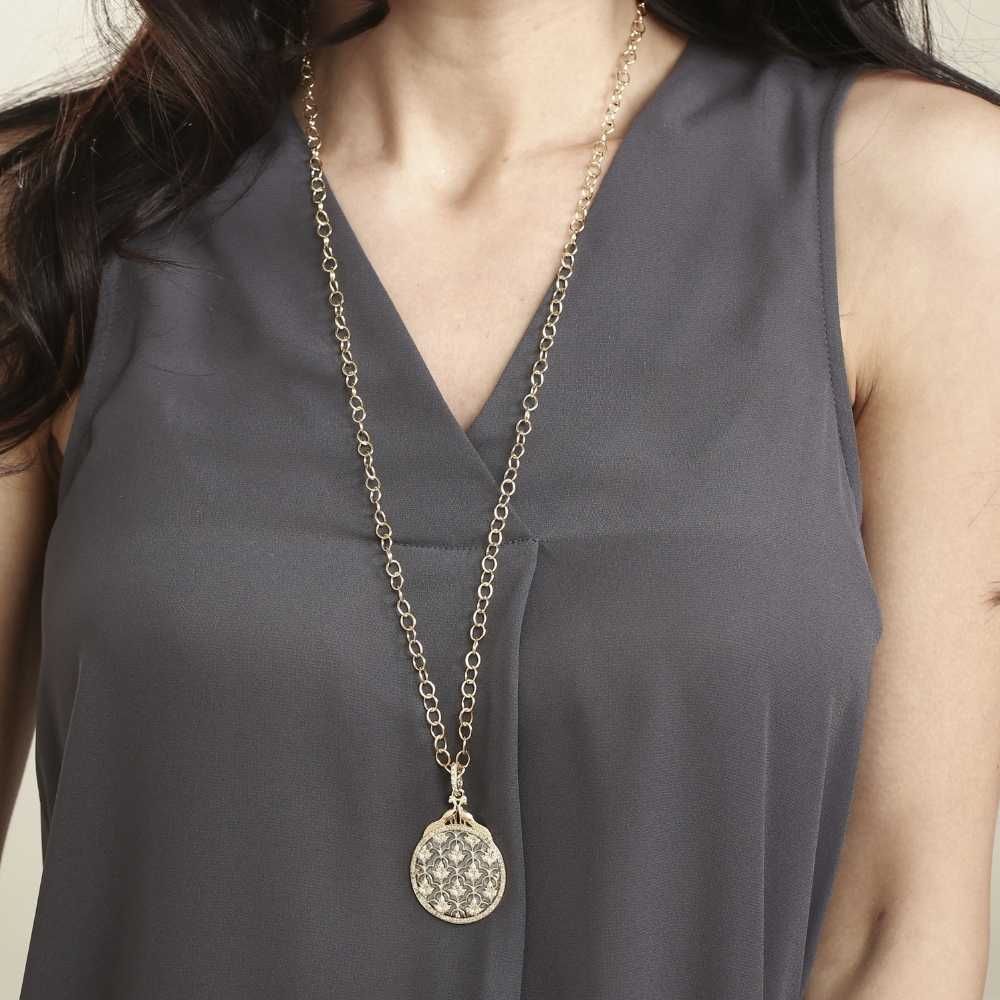