The Dazzling Display of the Peacock

Though it is native to the Indian subcontinent, the majestic peacock has been capturing the imagination of people around the world for millennia. It has certainly captured ours!
read on
Subscribe to Syna Stories 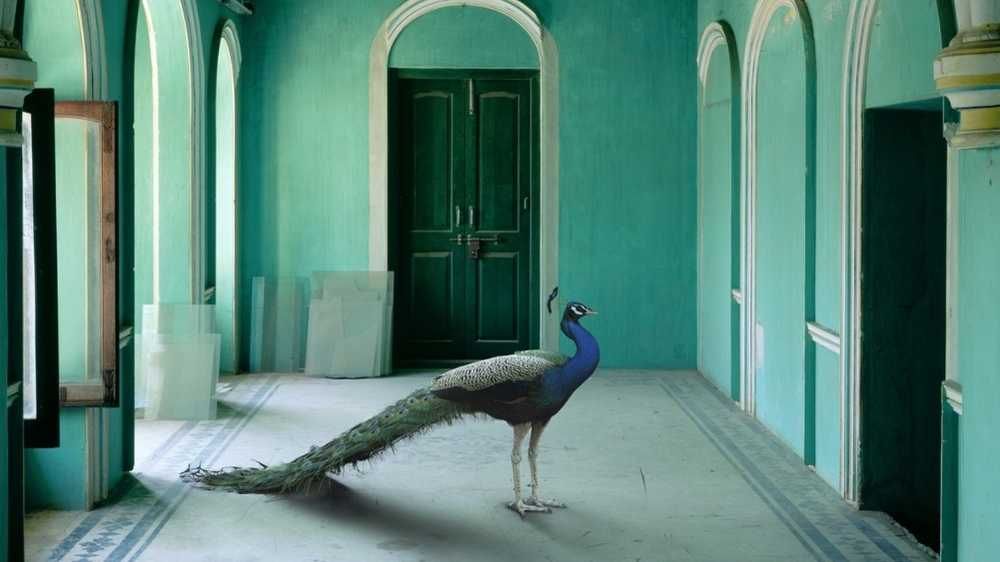 Though it is native to the Indian subcontinent, the majestic peacock has been capturing the imagination of people around the world for millennia. It has certainly captured ours! Today, they are seen as proud creatures who love showing off their beautiful plumage in extravagant mating displays, but there is far more to the peacock, the national bird of India than simply showing off.

So much of our inspiration comes from an appreciation of form and pattern in both the natural world and the manmade environment. The peacock has been an inspiration for artists since ancient times, and we are no different. We’re just as captivated by this creature as the artisans who carved its curving features into temple walls, the artists who painted them in impossibly vibrant blues and greens, or the poets who saw in them a symbol of love. The wonder of the peacock soon spread around the world. King Solomon brought peacocks to his garden in Jerusalem, Alexander the Great introduced them to Greece, and Roman statesman Pliny the Elder wrote about their singular beauty. 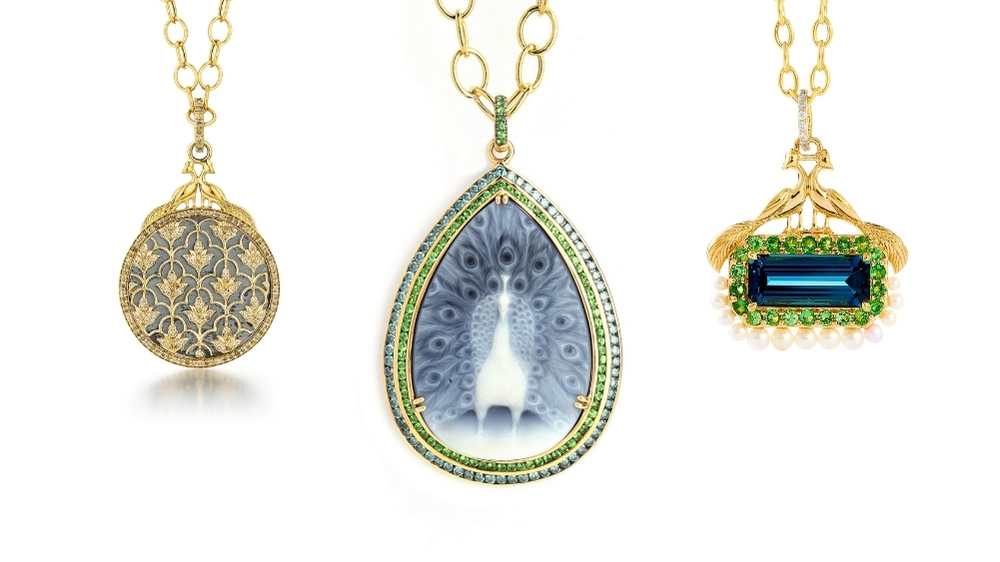 When you see him walking with his flock, the peacock already stands out with its long train of feathers, bright blue neck, and crown tipped with little blue drops like sapphires. He graces farms and villages, even city streets, with his presence, as though he knows but doesn’t care that all eyes are on him.

But then he shimmies, and from his back unfurls a fan of feathers: from what looks like a cluster of gold coins emerges a golden net of gilded thread adorned with eyes of green and blue gemstones. In our peacock-inspired designs, we’ve chosen tsavorite, blue topaz, and blue diamonds to capture these hues, which are unlike anything else in the animal kingdom. In nature, this kind of beauty is typically reserved for the males of the species, but why should they have all the fun?

When the peacock reveals its bejeweled plumage, it’s like he’s let you in on some cosmic secret that cannot be put into words. The ritual is intended to attract a mate, but sometimes, a peacock will dance alone, as though for its own pleasure. It’s more than just beautiful. The peacock isn’t showing off; the performance is for him alone. Perhaps that’s why the peacock represents wisdom in some Buddhist traditions.

Peacocks don’t keep this beauty year-round. The molting season begins in December when peacocks scatter their feathers like gemstones in a riverbed. These feathers are said to bring good luck and prosperity to those who hold onto them.

The Mogul emperors sat on a throne adorned with dancing peacocks and studded with hundreds of precious gemstones. Extravagant yet elegant, indulgent yet refined, and delicately powerful, the throne not only embodied the beauty of the peacock but the essence we hope to capture in our peacock-themed pieces. 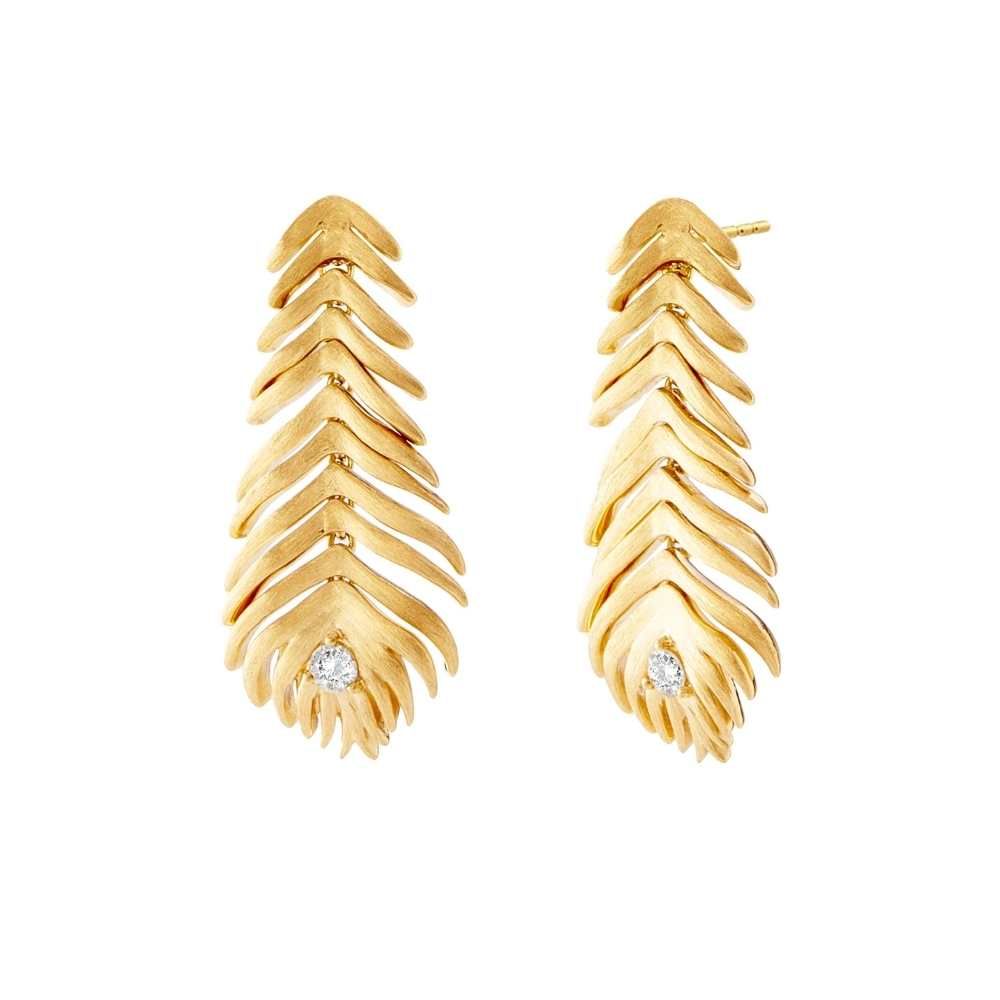