As mysterious as it all seems, there is a reliability to be found in heavenly bodies, in the rising and setting of the sun, the phases of the moon, and the clockwork motion of the planets.
read on
Subscribe to Syna Stories 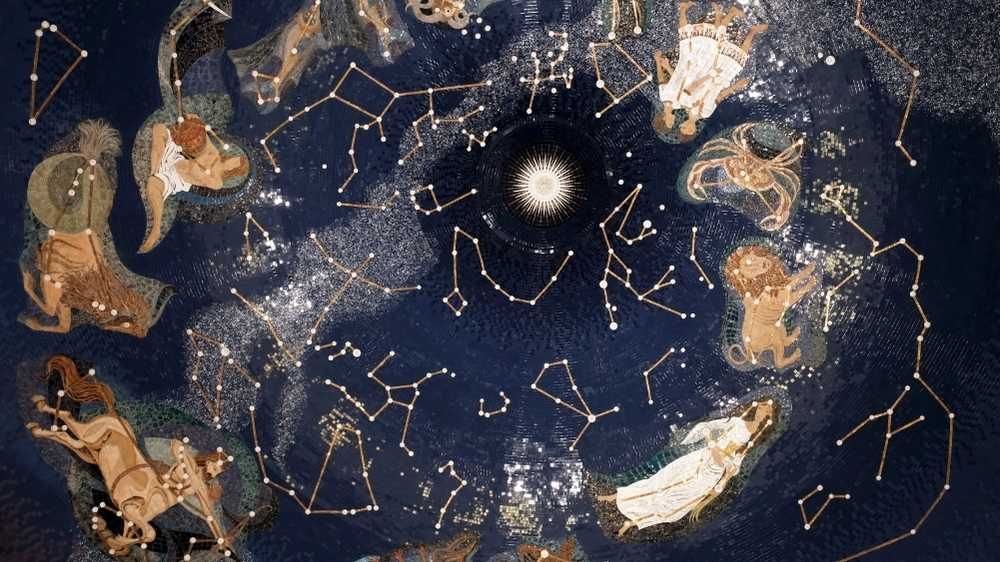 When we’re apart from a loved one, we can look up at the stars knowing that they are looking up at the same stars, too, and feel a little bit closer. The golden warmth of the sun, the steady light of the planets, and the stars that twinkle like gemstones can bring us all closer together because no matter how far away someone is, those stars are farther. Looking up at the stars, we realize that we all live under one sky, all of us sharing this little rock floating in space.

As mysterious as it all seems, there is a reliability to be found in heavenly bodies, in the rising and setting of the sun, the phases of the moon, and the clockwork motion of the planets. We sought to capture this dynamic sense of movement in our Cosmic collection, in pieces like the Cosmic Swivel Earrings, Ring, and Pendant. A planet of champagne diamonds on one side and black diamonds on the other represents day and night, freely rotating inside a ring of 18 karat yellow gold. There is peace, power, and comfort to be found here. 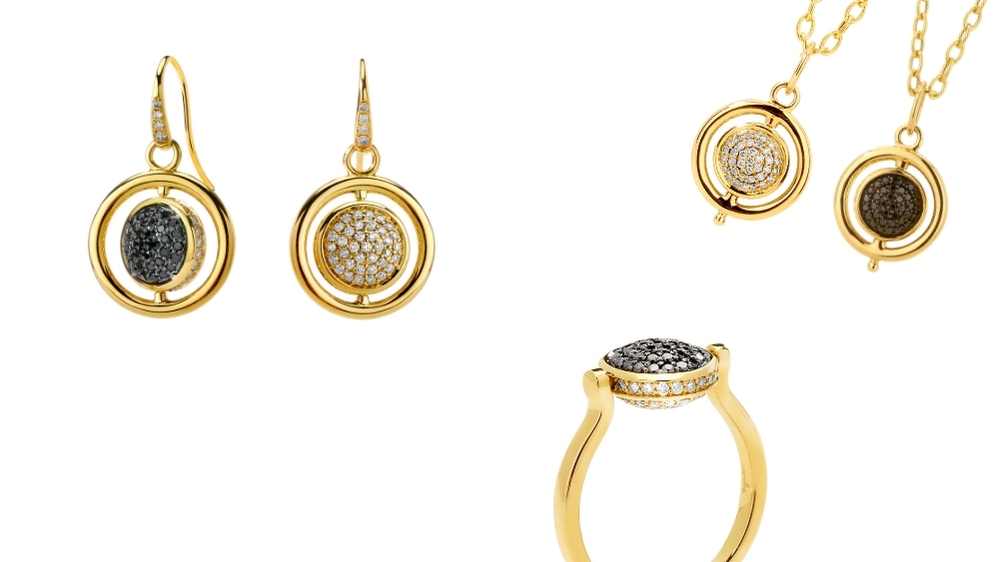 The stars seem so far away, blinking down indifferently on us while we look up in wonder. But these distant mysteries are more than just jewels scattered across the heavens. Their beauty is inextricably tied to the origin of all life on earth. Everyone we know, everyone we don’t know, everything we love, it all has its origin in the stars. Every atom of our bodies came from matter expelled by stars as they create energy through the fusion of hydrogen atoms. 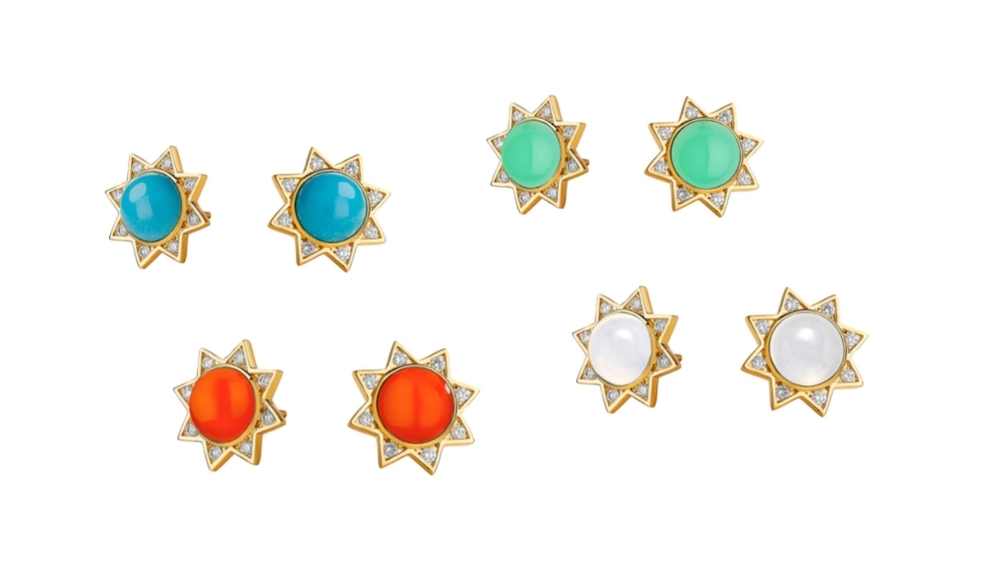 Perhaps there’s some cosmic memory of the ancient universe in the allure of gold, which also has its origin in the stars. In the furnace of the sun, hydrogen atoms are fused to form helium. Larger stars can create elements as heavy as iron. But it takes the unfathomable energy of the collision between two neutron stars to create heavy metals like gold and platinum. The legacy of these explosions has long since dispersed throughout the universe over the course of billions of years. Early in the Earth’s history, the planet was bombarded with meteorites made of gold and other metals, connecting a piece of those faraway stars to our own planet. Did the first person to come across a gold nugget perhaps sense something of its miraculous origin in its distinctive shine? Did they feel a connection to that strange, malleable metal, and did its energy radiate outward, granting a sense of the interconnectedness of all things?

As we gaze upward into the sky, we are constantly reminded of our infinite potential and the comforting thought that the heavens are always watching over us. No matter where we are from, we all see the universe above us in some form. It reminds us of our interconnectedness and the bonds we share with each other. After all, aren’t we all dependent on each other, just like the sun, the moon, the planets, and the stars? 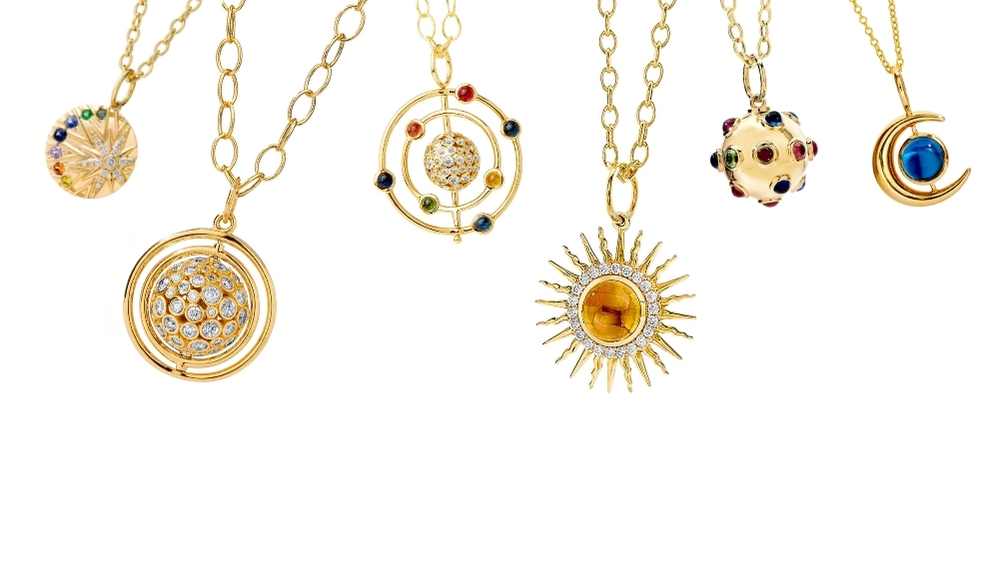 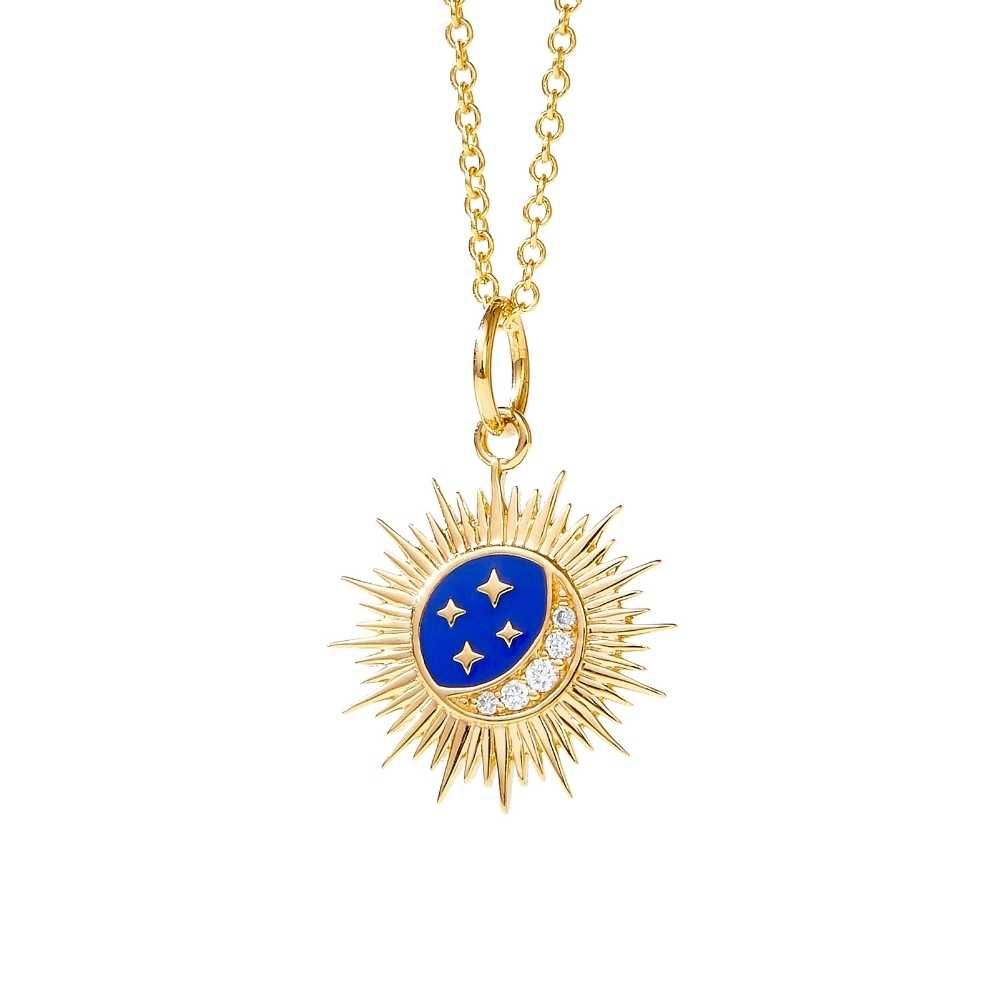 Buy The Cosmic Enamel Charm I $ 900
Subscribe to Syna Stories