Sapphire, a symbol of sincerity and faithfulness has been cherished for thousands of years for its color, durability, hardness and luster. The rich hues of blue sapphire are universally known but fancy sapphires come in many vibrant colors.
read on
Subscribe to Syna Stories

Sapphire comes from the word "sapheiros", which means "bright blue stone" in Greek, and has been cherished for thousands of years for its color, durability, hardness, and luster. Ancient Mediterranean culture honored sapphire above all other gems, and early Buddhists believed in its power for spiritual awareness. One of the world's most famous blue sapphire engagement rings is the one worn by Catherine, Duchess of Cambridge, which previously belonged to the late Diana, Princess of Wales.

Sapphire and ruby are both members of the mineral species corundum. Corundum is a naturally colorless material but may have different colors when impurities are present. The rich hues of blue sapphire are universally known but fancy sapphires come in many colors including pink, yellow, purple, colorless, black, green and the rare pinkish-orange sapphire referred to in the trade as Padparadscha. Nevertheless, the most preferred and most valuable sapphires are deep color saturations known in the trade as "Royal Blue" and the soft velvety blue called "Cornflower Blue"

Blue sapphires normally have inclusions, so the lack of visible inclusions can have a positive impact on value. However, in some cases inclusions can increase the value of a sapphire when extremely fine particulate clouds scatter the light, giving the stone a velvety appearance without affecting transparency.

Kashmir has a long history of mining spectacular blue sapphires that have set records at prestigious auction houses. The velvety "Cornflower Blue" hue and minute inclusions observed in Kashmir sapphire make them the most sought after. Myanmar (formerly known as Burma) is also a highly sought-after source of blue sapphire. In the United States, the state of Montana has been a leading producer of both blue and fancy color sapphire.

High temperature treatments are used to improve color or enhance the clarity of blue sapphire. Diffusing titanium or beryllium into sapphires at high temperatures can achieve a desirable color. Treated sapphire may employ temporary treatments like oiling and dying to hide fractures along with using lead glass to fill pits and cracks for more transparency. 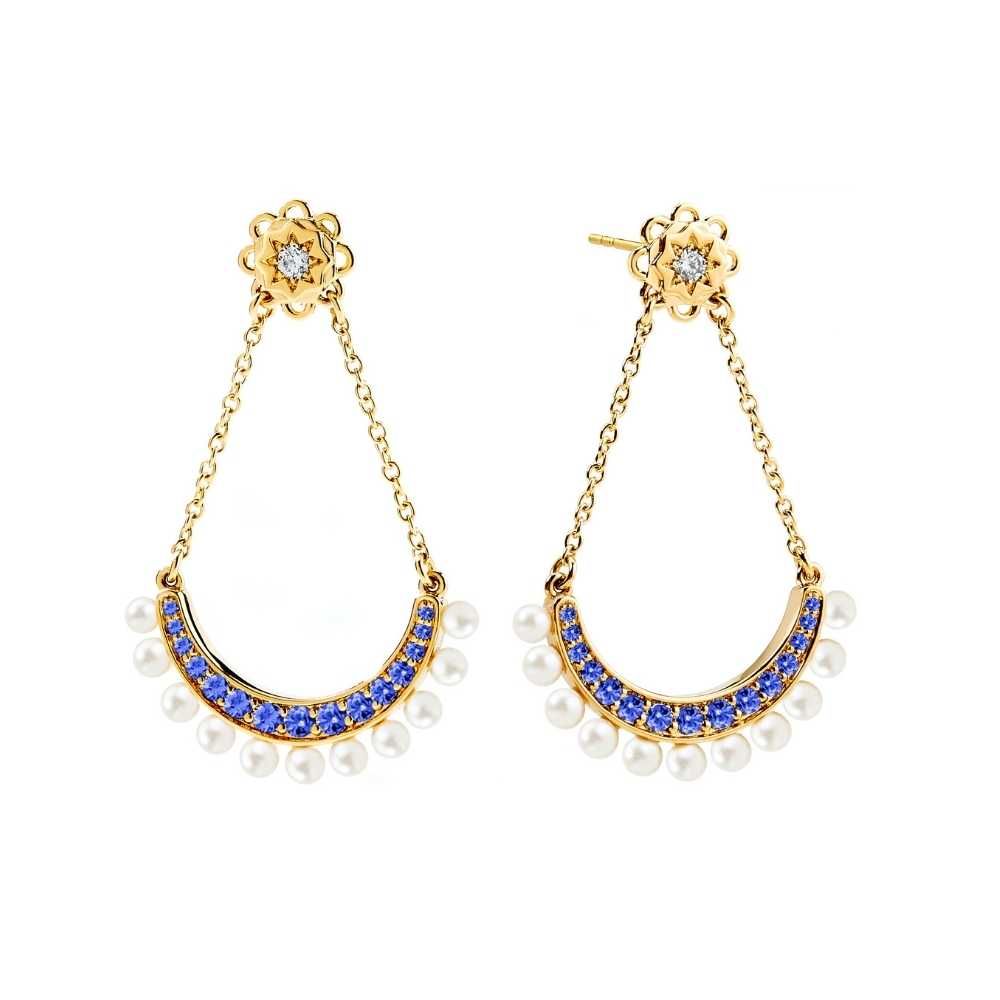