Each human life, together with its environment, is an expression of the fundamental life-force of the entire cosmos. It follows that any change in the inner life-condition of a single human being can, at the deepest level of life itself, exert an influence on other human lives.
read on
Subscribe to Syna Stories 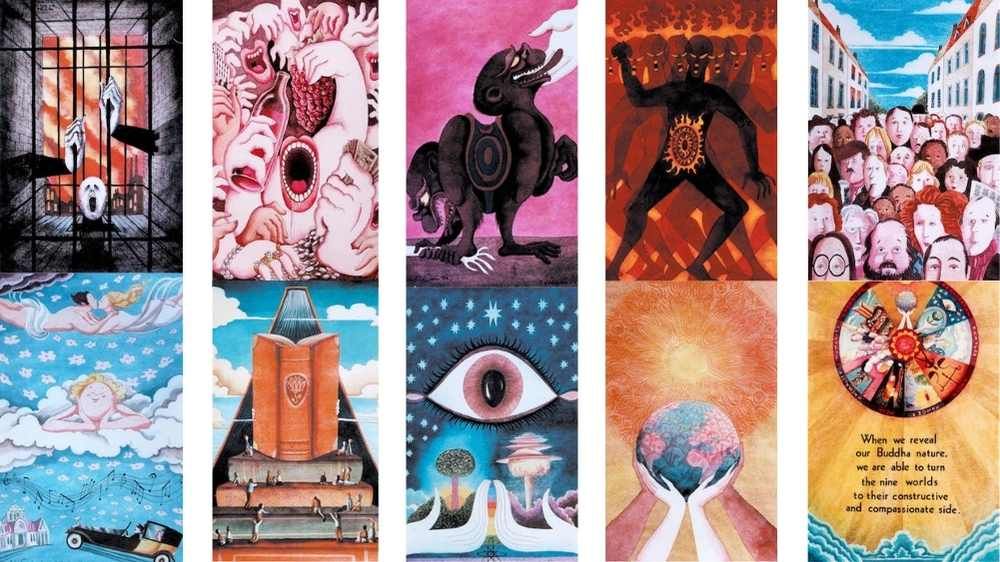 We can each ask ourselves: 'What life condition am I in?'

Perhaps we feel happy, sad, or neither. Perhaps there is something on our minds, something we hope to obtain, or achieve, something that drives us in a particular direction.

Buddhism has a very clear way of explaining the different ways that we feel and respond to the world around us. It is a principle often referred to as the "Ten Worlds".

The Ten Worlds are ten conditions of life that everyone possesses and which we experience from moment to moment.

Three of the four remaining worlds, Learning, Realization, and Bodhisattva, are developed through seeking, discovering, and aspiring.

Each of these nine worlds has a positive aspect which is balanced by a negative aspect.

The tenth world,  Buddhahood, is a condition of pure, indestructible happiness.

The majority of people spend most of their time moving between the first six conditions of life, from Hell to Rapture, governed by their reactions to external influences and therefore highly vulnerable to changing circumstances.

Hell is a condition of suffering, in which one is devoid of freedom and has very little life force (physical or mental energy). Without the world of Hell, however, we would never be able to understand happiness or identify with anyone else’s suffering.  Also, the desire not to fall into this condition is a powerful incentive for us to make efforts in daily life.

Hunger is a condition characterized by an insatiable desire for food, power, wealth, fame, pleasure, and so on. Looking at it positively, though, hunger is the driving force behind most human activity.  Put simply, without the desire to do something, nothing would get done.

Animality is a condition in which one is governed by instinct, in which one has no sense of morality and lives only for the present moment. The positive aspects of animality are our intuitive wisdom and the instinct to protect and nurture life — both our own and the lives of those close to us.

Anger is the condition in which one is dominated by the selfish ego, competitiveness, arrogance, and the need to be superior in all things.  Its positive side is passionate energy, a desire for excellence, and, above all, a burning abhorrence of injustice.

Humanity (or Tranquillity) is the tranquil state marked by the ability to reason and make calm judgments. However, it is a very unstable state and one can quickly find oneself in a lower world if this world is disturbed.

Rapture (or Heaven) is the condition of pleasure, experienced when one’s desires are fulfilled. This state is temporary and easily disrupted by even a slight change of circumstances. 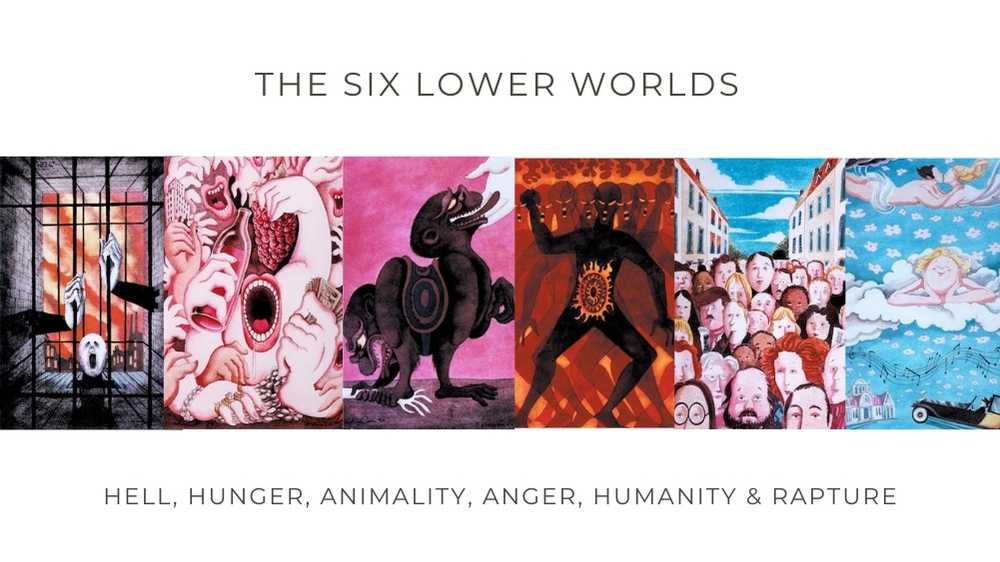 The four higher worlds are characterized by the fact that one needs to make effort to reveal them from within one’s life.

Learning is a condition in which one seeks some skill, lasting truth, or self-improvement through the teachings of others.

Realization is a state in which one discovers a partial truth through one’s own observations, efforts, and concentration. The worlds of Learning and Realization are closely related. People in these states can become arrogant and self-centered.

Bodhisattva is a condition in which one not only aspires for personal enlightenment but devotes oneself to relieving the sufferings of others through compassionate and altruistic actions. Even this state can have a negative aspect, however, the tendency toward self-sacrifice and acting but merely from a sense of duty and resentment.

Buddhahood is the highest of the Ten Worlds, a condition of pure, indestructible happiness that is not dependent on one’s circumstances. It is a condition of perfect and absolute freedom, characterized by boundless wisdom, courage, compassion, and life force. 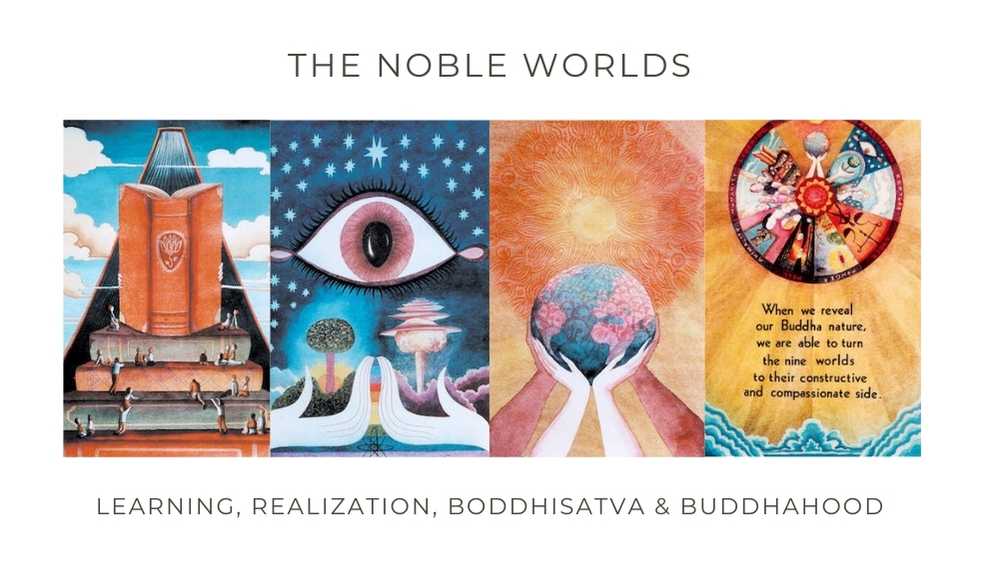 In the course of a day, we experience different states in response to our interaction with our environment.  However, all of us have one or more worlds around which our activities usually center and to which we tend to revert when external stimuli subside.  This is one’s basic life tendency, and it has been established by each individual through prior actions. The purpose of Buddhist practice is to elevate the basic life tendency and eventually establish Buddhahood as one’s fundamental state.

Establishing Buddhahood as our basic life tendency does not mean we rid ourselves of the other nine worlds.  All these states are integral and necessary aspects of life. Without experiencing the sufferings of Hell ourselves, we could never feel true compassion for others.  Without the instinctive desires represented by Hunger and Animality, we would forget to eat, sleep and reproduce ourselves, and soon become extinct.  Even if we establish Buddhahood as our fundamental life tendency, we will still continue to experience the joys and sorrows of the nine worlds.  However, they will not control us, and we will not define ourselves in terms of them.  Based on the life tendency of Buddhahood, our nine worlds will be harmonized and function to benefit both ourselves and those around us.

Each of the Ten Worlds or life-states are the ways that we respond to what is going on in our lives. We have each one of these states latent in our lives, it is just a question of how and when they are stimulated and manifest.

Let's start with a calm, rational state called 'Tranquillity'. Sometimes it is also called 'Humanity' but I would like to stress its calmness and reasonableness. When we are in this state, things in the world appear to be just right. It's the ideal life condition to be in on holiday when we can recharge and recover from the challenges of life. We all need to experience tranquillity, but too much can be a problem and can lead to laziness. This is also the time to point out that we will see a positive and negative side to most of these worlds and extreme laziness is the negative side of tranquillity.

Imagine you are resting on a sunny afternoon, having a nice, tranquil experience when the neighbors put on some music which is not only too loud but of a sort which you would normally avoid. The life-state of tranquillity will probably have been replaced by some kind of annoyance, even perhaps a restrictive feeling of suffering. This could be the world known as 'Hell'. Unlike hell which some cultures or faiths describe as being underground, this is a very real experience where we feel imprisoned by our circumstances.

Or rather than the neighbor's music, perhaps you receive a pleasant message on your phone - someone you are fond of has told you that they love you and as a result, your heart sings! This is likely to be the world of 'Rapture' (also known as 'Heaven'). This might be followed by a desire to see that person, and the yearning is likely to be a manifestation of the world of 'Hunger'. This is not just a condition that is to do with the desire to eat food but can also be about relationships or other objects and ways that we think we can improve life. There is also a world in which we operate on the level of our more basic animal instincts, and this world, perhaps unsurprisingly, is known as 'Animality'. Perhaps if the noisy neighbors had a reputation for causing trouble our instinctive reaction would be fear that they might react dangerously to any complaint. If instead, we feel superior to our neighbors -perhaps because we have a disdainful opinion of their choice of music - then this sounds rather like the world of 'Anger'.

This world is not about being angry, instead, it is usually quite a quiet world, but one that is dominated by our small ego and therefore demonstrates arrogance and contempt.

By looking at tranquillity, hell, rapture, hunger, animality, and anger, we have briefly considered what are commonly considered the six 'lower' worlds.  These are worlds that we experience due to the things that happen in our environment and it is just a question of our personal buttons being pushed.

There are also four 'higher' worlds that require effort for us to experience them. 'Learning' and 'Realization' are states where we are trying to improve our lives, either by studying the wisdom and experience of others or through our own insight into life. Then there is the compassionate and altruistic state of Bodhisattva in which we make efforts to take away the sufferings of others and replace them with something more positive. Finally, we have the dynamic and creative world of Buddhahood in our lives, characterized by courage, compassion, wisdom, and life force. This world of Buddhahood is the only one that is purely positive.

Life is much more complicated than humans having just ten ways of operating. A great Chinese Buddhist thinker known as T'ien-t'ai observed that people tend to have one of these worlds as their 'basic' life condition and that they then experience the world through the 'lens' of that basic world. For example, someone who is incredibly laid-back might have 'tranquillity' as their basic condition, and then they will experience rapture, hunger, and anger in a tranquil way. Someone else who is fiercely driven by their ego will experience tranquillity, hell, and animality through the 'lens' of their anger state.

When I first started to read about Buddhist principles, it was this aspect, known as 'the mutual possession of the Ten Worlds' which really grabbed my attention. The implication is that rather than ten, there are a hundred worlds at play in each of us. This principle provides an extremely sophisticated analysis of human psychology and explains a lot about how we each behave and how different people can react differently to the same situation.

The aim of Buddhism (know more at www.sgi-usa.org) is to establish the world of Buddhahood as our fundamental life condition and then to experience the other worlds through that state. The Buddha has all of the worlds including anger, hunger, and rapture, but they are states that create value rather than being self-centered or destructive. As we establish Buddhahood as the main life condition that we experience, endless possibilities emerge. 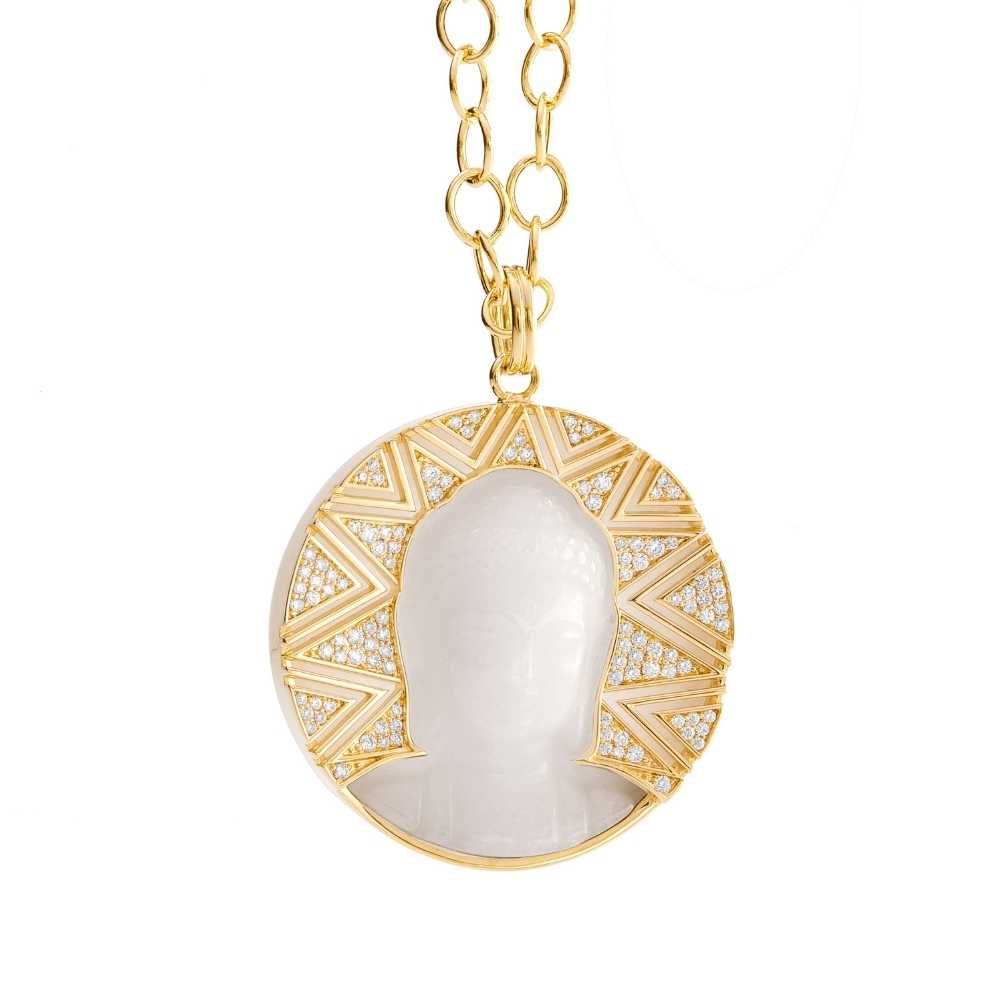