The Many Flavors of Chalcedony

Chalcedony is a peculiar gemstone that makes it a fun and inviting family of gemstones that is carvable and durable.
read on
Subscribe to Syna Stories 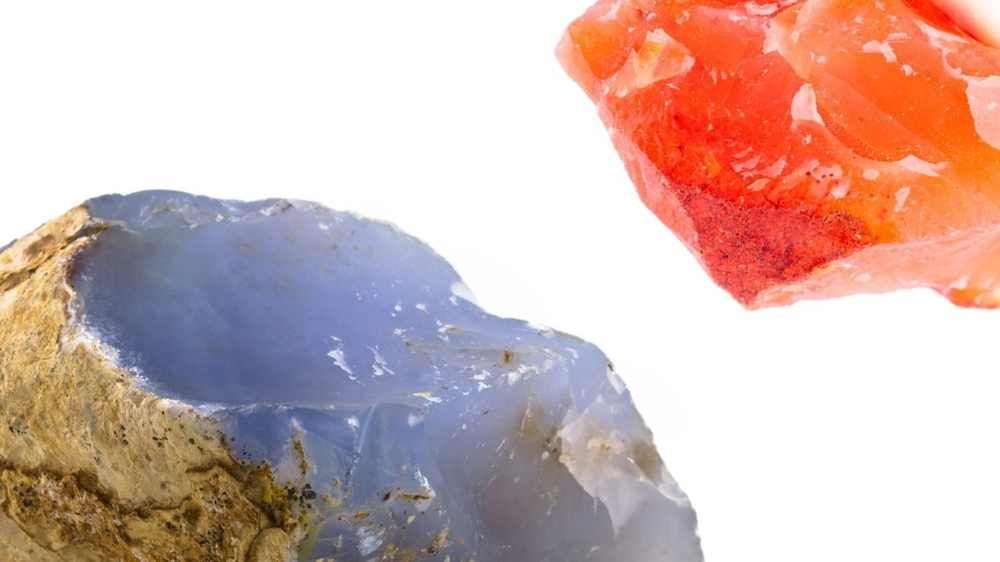 Chalcedony is a peculiar gemstone in that it is a mixture of two minerals: quartz and morganite. The result of this mixture is a fun and inviting family of gemstones that is hard and durable enough to stand up to everyday wear but soft enough to serve as a medium for carving. The stone is typically tumbled rather than faceted, creating a vivid, translucent orb as enticing as a piece of candy. Varieties of chalcedony include agate (brown, orange, and red, like Jupiter), carnelian (toffee or honey-colored), chrysoprase (lime green), and onyx (black). 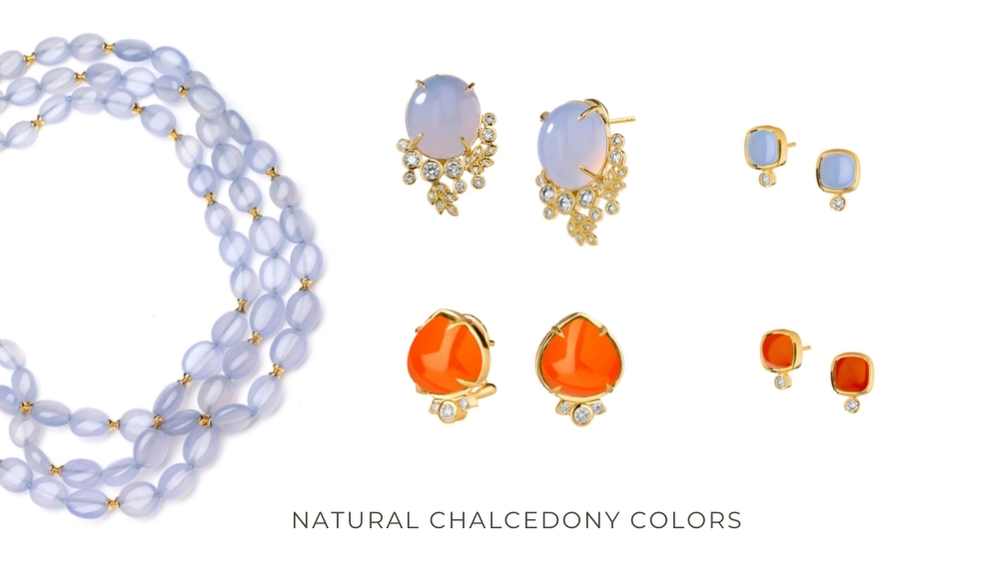 Chalcedony itself also appears in a dizzying array of colors. In its natural state, it is typically a pale bluish-gray. The blue and orange varieties, used in our Candy Sugarloaf Studs are natural; other colors, such as the emerald green in our Mogul Drop Earrings, or the blue-green and peachy-pink varieties, used in our Candy Chalcedony & Pearl Necklaces are the result of a dyeing process in which the stone is soaked in a solution. This process causes a permanent chemical change to the stone, and the dye does not run or fade. From its natural blue-gray and orange shades to the many vibrant, candy-colored shades of dyed chalcedony, there’s something for everyone. What’s your favorite flavor? 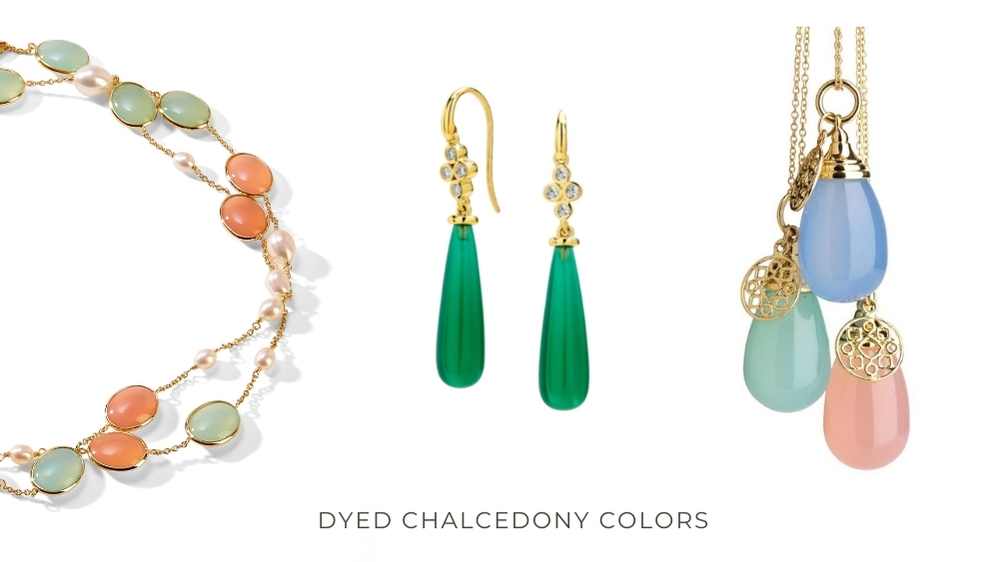 Fun, bright, and vibrant, yet also peaceful, mysterious, and ethereal, chalcedony intaglios (images carved into gemstones) were popular during the Victorian era. The translucent blue-gray of natural chalcedony imparted a dreamy vibe to the mythology and nature-inspired scenes often depicted in these rings and brooches.

Though carving was the main use for chalcedony throughout much of history, there is something special about a tumbled, polished chalcedony. It’s not quite like other gemstones. Its smooth, translucent surface has the ability to instill a sense of calm in the wearer. Popular among powerful Roman citizens, chalcedony was worn by none other than Roman orator Cicero, perhaps to keep him calm and focused while delivering a speech. The stone encourages reflection and meditation and helps those pursuing wisdom. It is the perfect accessory for anyone seeking the joy and ease that comes from a relaxed state of mind. 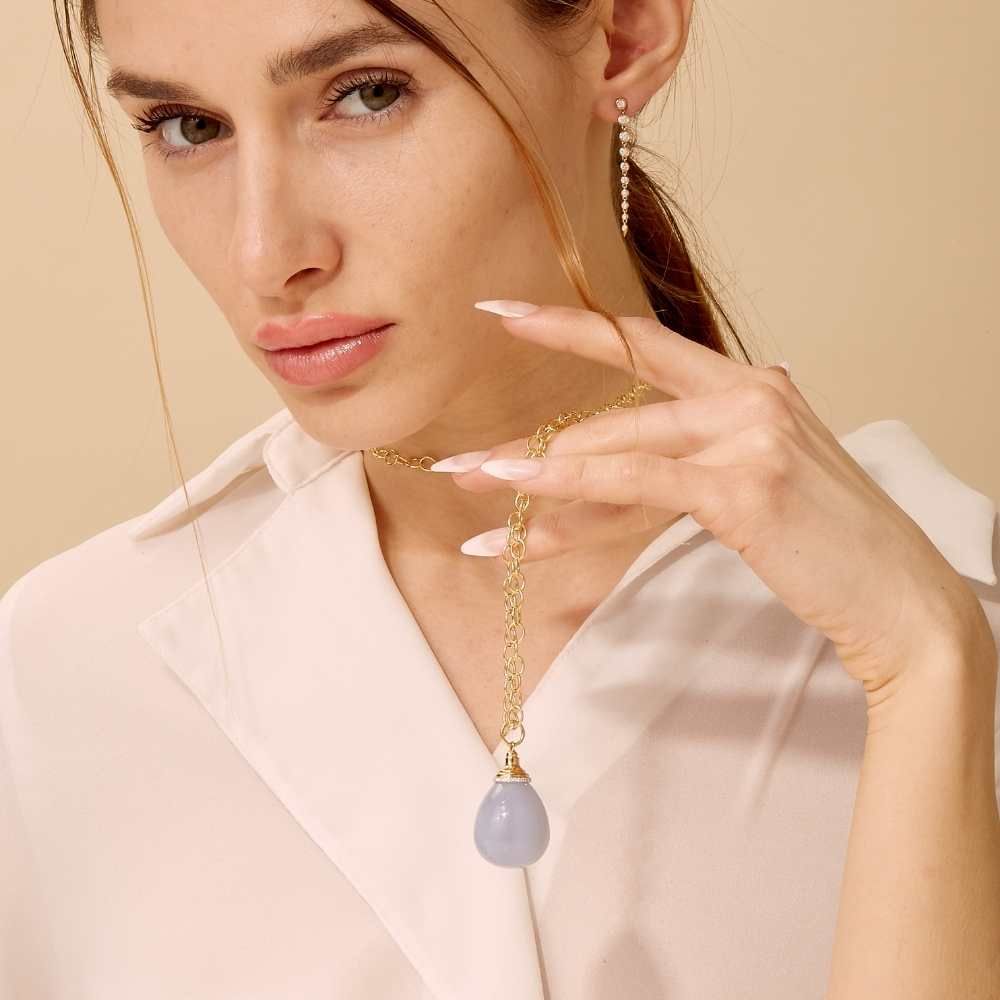